Sign in Sign Up Why should i register ?
Birth With no Regret
The Story of Birth with No Regret

The Story of Birth with No Regret

We firstly defined the Philosophy and Applications of Birth with No Regret at the same time with the opening of The Birth Academy of Istanbul in the year 2010.

Birth with no Regret according to this definition is:

Birth with No Regret is the birth which starts by themselves unless there is any medical prevention, where the natural hormones are actively secreted in the optimum conditions, that are made without any intervention as much as possible, where the babies meet their mothers with uninterrupted Skin-to-Skin contact immediately after birth and where everybody witnessed the birth completed the birth «WITH NO REGRET» whatever is the birth way. It is performed by a team consisting of the doctor, the midwife/doula and birth psychologist.

In other words it has 4 important indispensible ones:

At the beginning it was a very hard and diachronic decision for us. We demanded to fulfil these conditions from every family applied for the birth. She would absolutely participate in/attend at the Training for Birth with No Regret of 18 hours together with her husband, work with the birth psychologist from the middle of the pregnancy and have one-to-one midwife support in the birth. Many families thought that our conditions were unreachable or did not want to accept some of these four components. But we had made our decision at once and would not work with the family who does want any of these four components after all.

We started to see our results once/whenever the years passed and never repented of the decision we made. Nearly half of the families admitted like that after the birth;

“Yes we accepted what you told and your rules because we had no other chance. Maybe we would not work with the birth psychologist or have the one-to-one support of midwife if you allowed us prefer. But you had made it obligatory. Because we could comprehend that each component was how important and indispensible after the birth. I think we would not be able to give the same birth in the deficiency of any of these components and we would might have ‘’I wish/we wish/wishes’’ after birth as many have.”

These feedbacks strengthened us. We knew that we were in the right way but these positive feedbacks of the families and our birth results strengthened us much more. Anymore the families started to leave their births WIT NO REGRET whatever the birth’s way is. But we also saw the impossibility of undertaking all births of Turkey alone. Anyway we were not a birth centre but a training centre. We would accept the births for a specific period in order to be a sample, transfer the births to the birth specialists who completed their trainings with the same philosophy in the passing time.

Therefore we opened our courses for Doula and Trainer for the Preparation to Birth in the year 2012. Many more than we estimated participated in it. There were doctors, midwives, psychologists and doulas in them. Everybody participated in the course were appropriating our Birth with No regret Philosophy great devotedly in a few months and applying it in the provinces where they came (from). Some in their private doctor offices, some in the institution where they work, some in the state hospital, some in the pregnancy school where they took the responsibility, some at the universities as the lecturer, also some in the training centers for preparation to birth, opened recently. Thus The Teams for the Birth with No Regret, speaking the same language (were) started to be formed thanks to the course slowly. The ones participated from the provinces started to register their doctor, midwife, psychologist friends to the next course in order to complete their deficient staffs.

There developments caused us have a new opinion; The Centers for Birth with No Regret…

Thus the families would be able to find the teams whom they will be able to speak the same language after their trainings easily and go towards a birth as in their imaginations without fighting greatly. Every wished doctor would be able to be the Centre for the Birth with No Regret, our grads would be able to work with each other. Thus hundreds, even thousands of mothers would be able to give births with no Regret in many provinces of Turkey in a very short time.

We also started to present what we did and their results in the international congresses and meetings and the team formed by us for the Birth with No Regret started to attracted all world’s attention. The Birth psychologists were working with the mother before the birth but never thought to enter into the birth. Thus we also introduced the birth psychologist concept with the world.

The First Centre for Keşkesiz Doğum Merkezi (The Birth With No Regret) was opened in Istanbul in the year 2014. The number of these centres shall also increase whenever/once the number of the persons had training increases and it shall be announced to you. The training period necessary in order to open a Centre for the Birth with No Regret is about 2 years in average. This period is necessary for formation of any common language and this period is necessary for the teams’ service at the same self denial and quality. 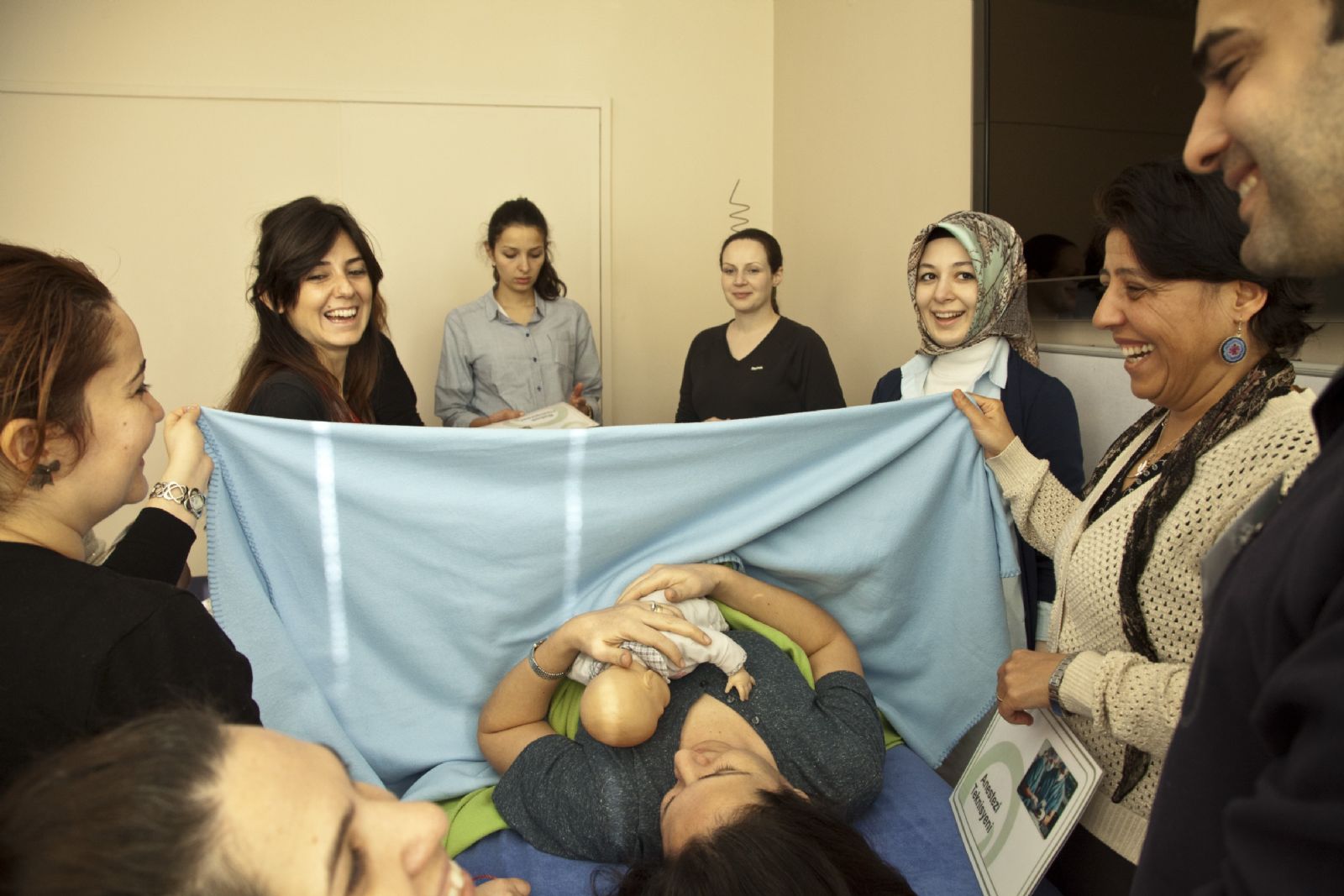 You may notify of this subject the doctors, midwives, psychologists, doula candidates whom you know, encourage them to participate in our trainings if you want a Centre for the Birth with No regret to be opened in your province.

You can/may participate in the rebirth of the birth in Turkey thanks to it.

Come and let us work all together until every mother will attain this right.