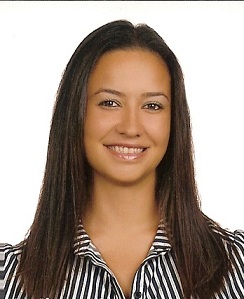 She graduated from the Guidance and Psychological Consultancy Department of Atatürk Education Faculty of Marmara University. She currently continues the port graduate program with her thesis study at Progress Psychology Department of Maltepe University. She had worked with children having the attention deficiency, learning difficulty and mental deficiency together with Asst. Ass. Prof. Dr. Semai Tuzcuoğlu through the years 2005-2006 and carried out the home education sessions of these children.

She carried out her sessions in a private consultancy centre through the years 2006-2007. She interned near Prof. Dr. Barıs Korkmaz at Cerrahpaşa Medical faculty through the years 2006-2008 and participated in/attended at the policlinic hours as the observer. Denver Progress Scanning test, PECS, OCİDEP are some of the trainings she completed and she completed many projective, cognitive and developmental test trainings and applier’s certificates apart from them. (CAT, Louis a Duss, TAT, Metropolitan School Maturity Test, Frostig Developmental-Visual Perception Test, Bender Gestalt Visual Motor Perception Test, Benton Visual Memory Test, Burdon Attention Test, AGTE, Porteus Labyrinth Test, Gessell, Scale for readiness to Primary education of Marmara) Also she had the Child Centred Play/Game Therapy and Child Psychodrama trainings. As she completed the basic stage of the Psychodrama training she started at the Istanbul Psychodrama Institute in the year 2008, she completed her superior state training. As she entitled to start to the Psychodrama Trainer’s Training in Istanbul Psychodrama Institute in the year 2013, currently continues this training of her, she works as the psychodramist in Istanbul Psychodrama Institute since the year 2010.

She completed the Trainings for Trainer for Preparation to Birth / Doula work and Pregnant Psychotherapist continued for 9 months at Istanbul Birth Academy in addition to this. She is doing baby therapy with mothers and babies together.

She attended at the seminar for the Birth trauma given by Spe. Psy. Nilüfer Devecigil, arranged by the Bate Institute of Individual and Family Therapies and Conference of The Mental Cases Special to Motherhood: Interaction Between the Baby Observation and Clinical Application given by Deborah Blessing, arranged by Istanbul Psychoanalysis Training, Research and Improvement Association. She completed the Hypno Birthing course given by Sherry Gilbert, arranged by Istanbul Birth Academy on 3rd-6th July 2014.

She started to work as the Baby Therapist in Istanbul Birth Academy as of the year 2014.